The project, with a total approved budget of 46.5 million US dollars, covers a series of activities with the aim of reducing electricity consumption in the residential and public sectors, reducing the peak load power demand, reducing health risk associated with residual mercury and kerosene (in off-grid areas) and establishing a certification process for energy efficient and green commercial buildings.  As of August 2012, the PEEP project team has successfully completed the implementation of the following activities: 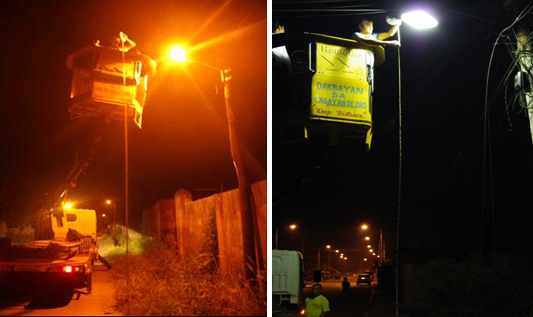 As of August 2012, the PEEP has already reduced power load by 242 MW and total annual power consumption by 315 GWh. This is estimated to have reduced an annual equivalent carbon emission of 170,167 teCO2. During the forthcoming months, the PEEP project team will be distributing an additional 3.6 million CFLs which is expected to generate an additional annual energy savings of 82.78 GWh2. Furthermore, PEEP is now expanding the energy efficiency lighting retrofits to an additional 100 government buildings nationwide which including government owned hospitals, schools and office buildings. With regards to street lighting, additional LED lights will also be retrofitted in 1,484 luminaires within 2-4 kms from the Ninoy Aquino International Airport.

Based on the values presented above, the project will be exceeding its original goal of power reduction of 238 MW and annual energy savings of 313 GWh upon project completion. 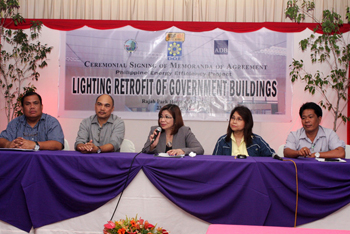 For further information, please contact Angelica Dealino - This email address is being protected from spambots. You need JavaScript enabled to view it.

1 Assumption: the 15W CFL distributed replaced a 50W Incandescent Bulbs (IBs) and IBs operate on average about 3.5 hours per day, 365 days per year.
2 14W CFLs will be distributed in the succeeding lot.